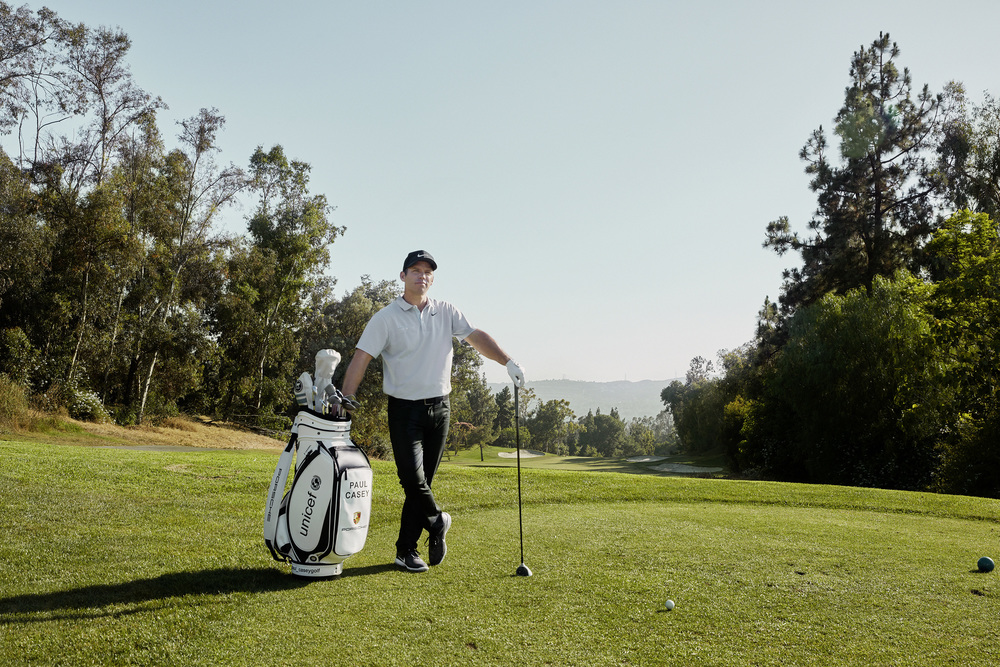 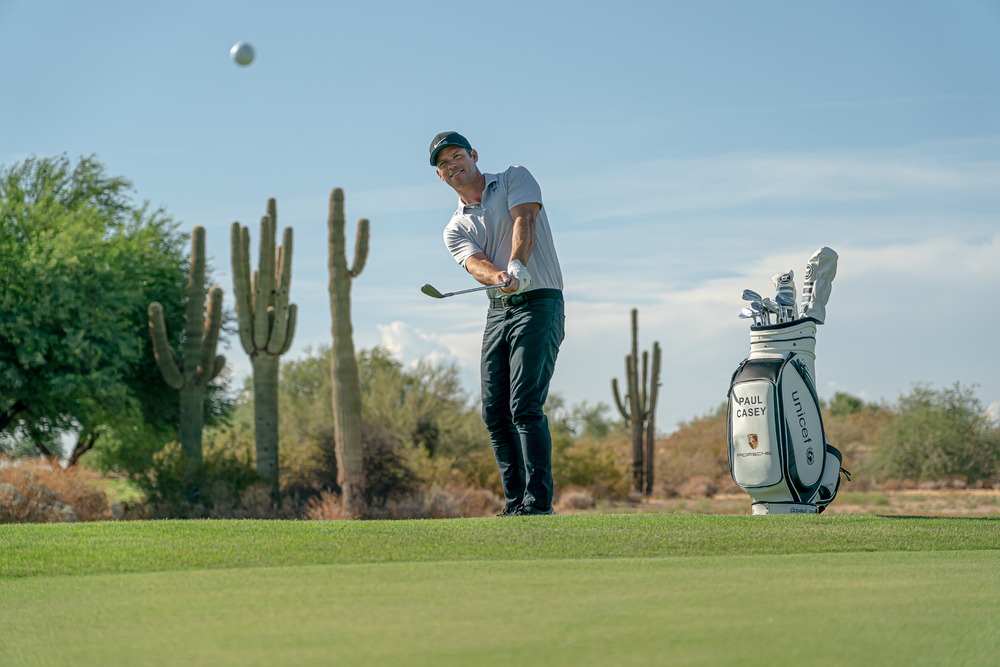 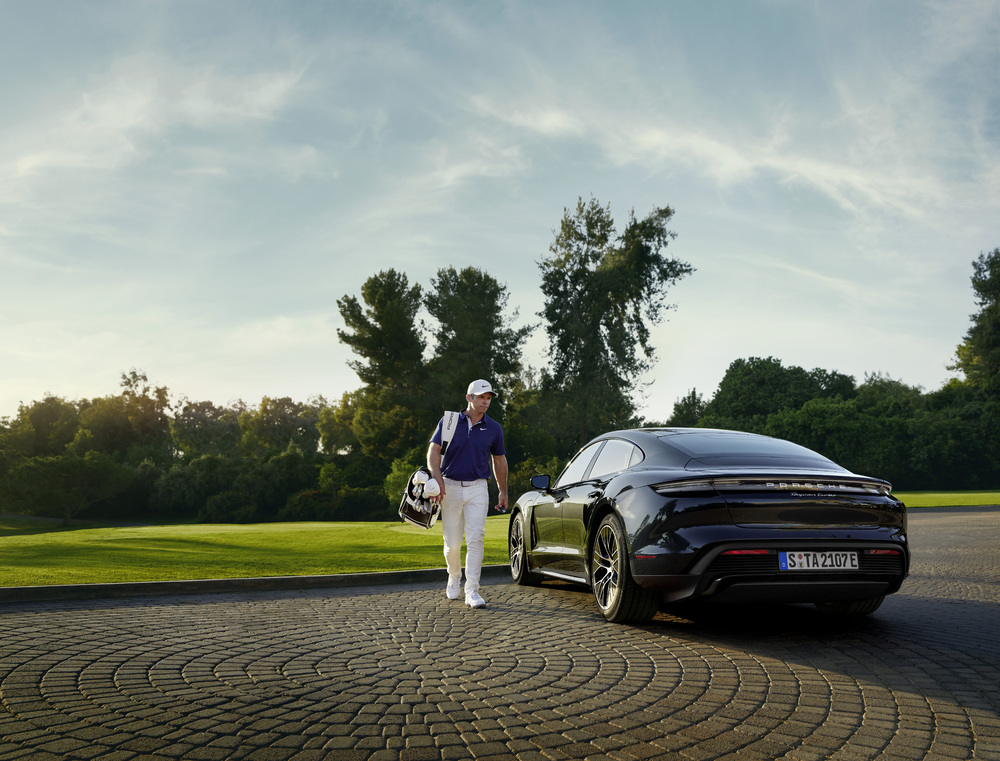 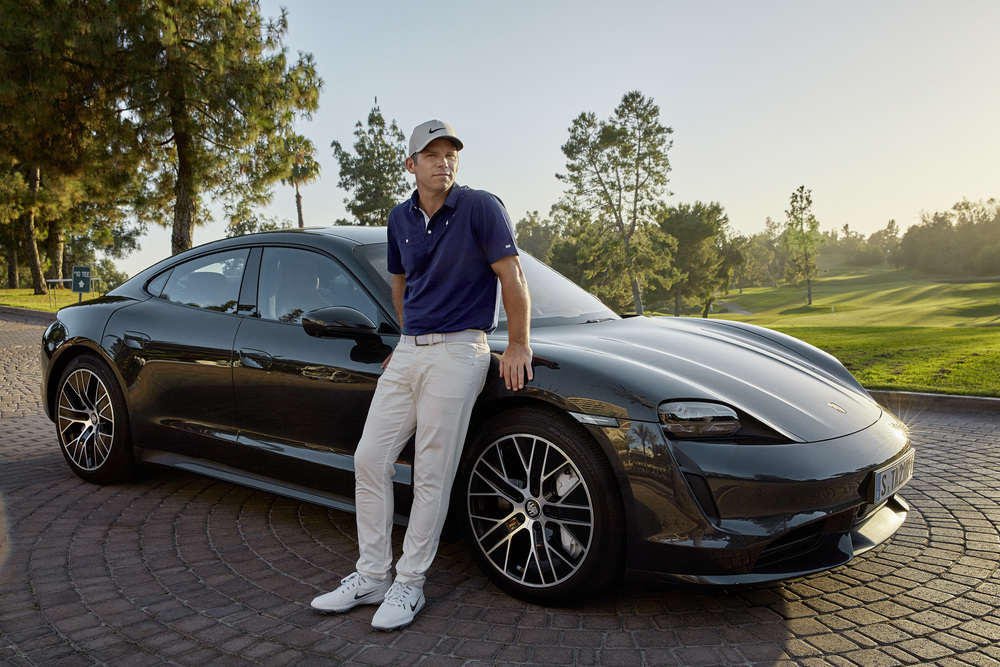 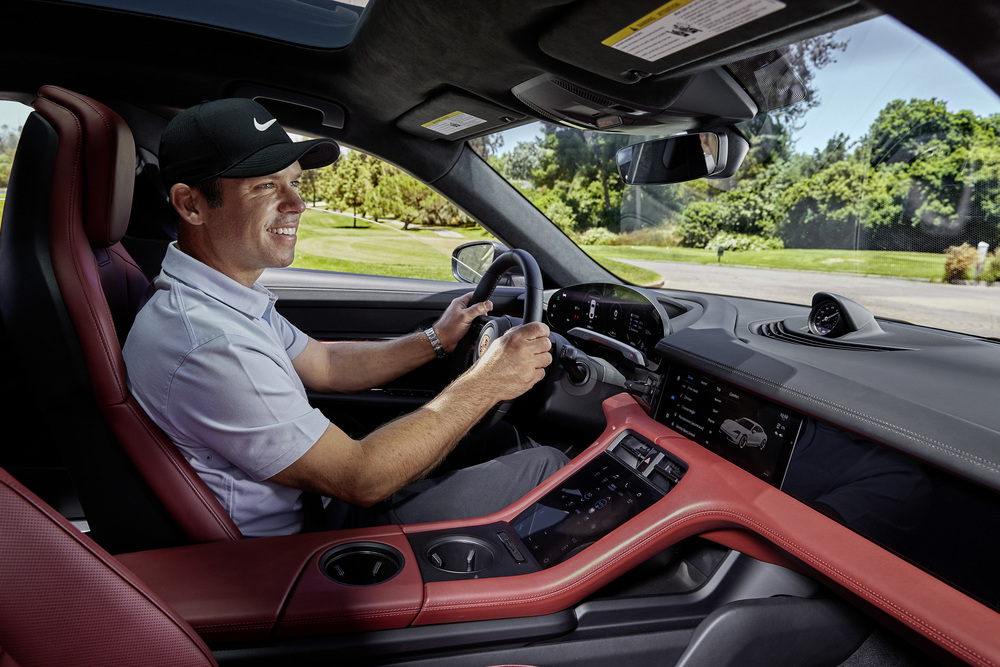 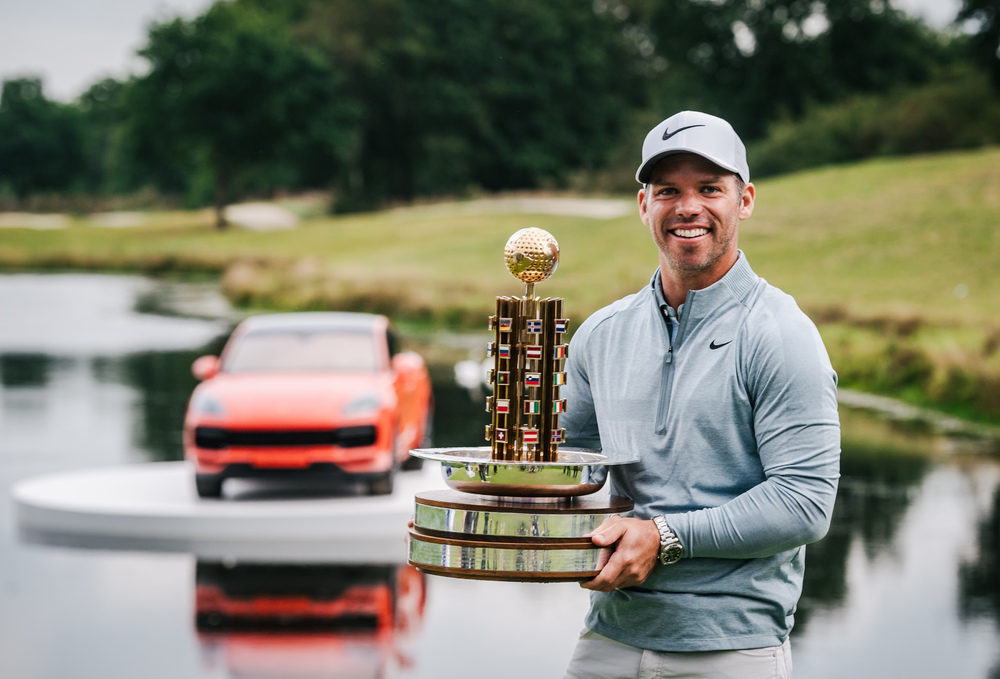 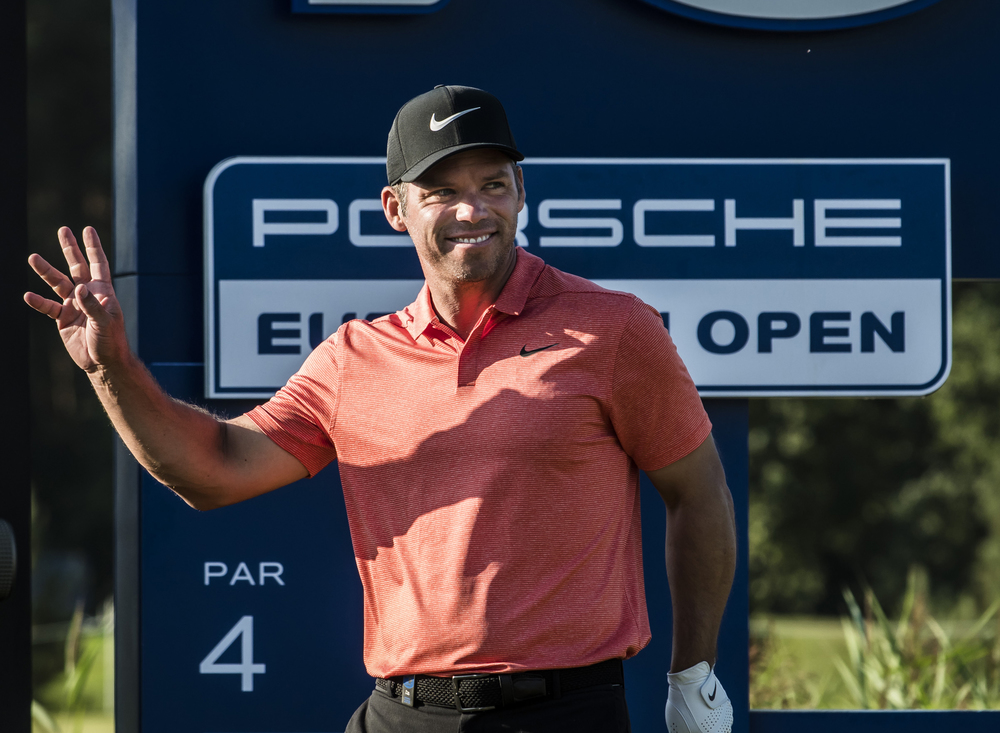 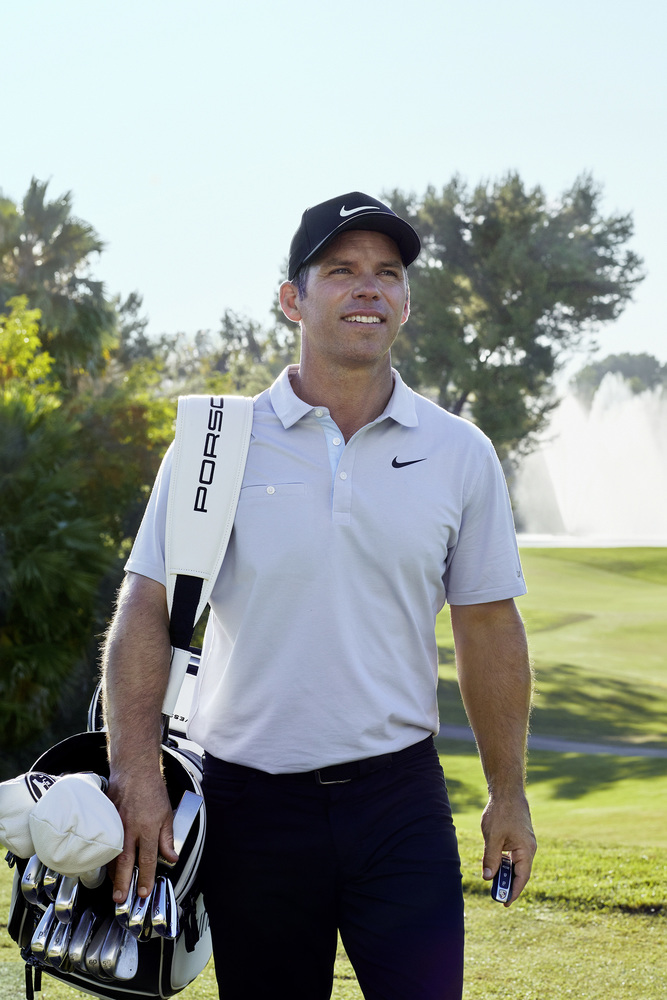 Stuttgart . From the poster in his bedroom to the logo on the golf bag – Paul Casey will be competing in the coming week at the US Open as a new AG Brand Ambassador. It is the start of a special collaboration. The Englishman has been a passionate fan ever since his childhood days, and, with his passion for the brand, is the ideal fit for the company.

“The name Paul Casey has stood for golfing excellence for approximately the last 20 years. He is additionally a likeable person with a clever mind that, with his bond to , knows how to sustainably transport the values of our brand. The collaboration simultaneously underlines the importance of golf for ,” says Oliver Blume, Chairman of the Board of AG. “With Paul Casey, we have extended the circle of ambassadors that embody our brand and lend the company additional profile in a variety of areas of interest.”

“When I was a kid, I dreamt of two things. I wanted to become a professional golfer and drive sports cars. I’m so happy at being able to live the dreams,” said Casey. “That the two passions can now be united is the tops. It just feels such an honour that the relationship with has come to fruition.”

Casey has been a member of golfing’s elite for just over two decades. He was the world number three, has been a regular in the Top 20 in the recent past and has won the Ryder Cup in three occasions. He celebrated his 19th professional title at the 2019 European Open of all places. At the time, Casey, who spoke of a “very emotional win” thrilled the fans in Hamburg with a demeanour marked by a stirring passion for the event. During the tournament week, he spent for example an entertaining evening with members of the Golf Circle Community. Casey, who in the meantime lives with his wife Pollyanna and two children in Scottsdale, Arizona gelled excellently with the family.

“Paul Casey has fulfilled a life’s dream and inspires people to follow their goals with courage and passion. Our ‘Make it happen’ golf campaign this year underlines just how powerful such a demeanour can be,” said Detlev von Platen, Member of the Board responsible for Sales and Marketing at AG. “The message and the ambassadors are relevant worldwide and play a part in furthering the internationalisation of ’s various long-standing activities in golf.”

Casey will present the logo on his bag for the first time at the US Open in the coming week. He will also share his golf and sports car knowledge as an expert and passionate fan at other events. Paul Casey has fulfilled his dreams. The “Make it happen” campaign honours the path with a look back at his childhood – with dreams of sports cars, first swings of the golf club in his back garden as well as the moment in which he came close to his personal idols for the first time as a volunteer at the 1991 European Open.

Brand Ambassador as a part of the family
As the first ambassador from the world of golf, Casey complements the family. In tennis, it includes the exceptional Maria Sharapova as well as the top two current German players Angelique Kerber and Julia Görges. Also from the world of sport, the football World Cup winner Sami Khedira is active as the ambassador for the junior development programme. Others representing the sports car manufacturer’s corporate and product communications are the German rally legend Walter Röhrl, the Australian Endurance World Champion Mark Webber, the two-time Norwegian Olympic Champion Aksel Lund Svindal as well as the actor Richy Müller and the musician Udo Lindenberg. Two former works drivers have recently joined the circle of Brand Ambassadors – GT specialist and development driver Jörg Bergmeister as well as the two-time Le Mans winner Timo Bernhard.

in golf
has been the title sponsor of the European Open, a European Tour event, since 2015 and has been involved successfully in professional golf with automotive partnerships at three tournaments on the Asian and European Tour since 2019. This year the sports car manufacturer has been additionally supporting the UK Swing with the European Tour’s “Golf for Good” initiative. has also been organising the Golf Cup for more than three decades. The tournament series is one of the company’s most successful customer events. Held in Germany for the first time in 1988, the Golf Cup has developed into an international event at which recently over 17,000 customers competed in 261 qualifying tournaments worldwide. Also highly successful is the Golf Circle, an international and app-based community for keen golf-playing customers that was launched in 2017.

Further information, film and photo material in the Newsroom: newsroom.porsche.com