In pursuit of curves.

A road through history: The Florio was first held 110 years ago. Its original distance was almost exactly 444 kilometers.

This year saw the centennial running of Sicily’s legendary Florio. The 718 is the ideal car to trace the racing line on the scenic 72-kilometer circuit: the new model evokes the storied success of its brilliant namesake.

The inhabitants of Cerda can hardly believe their eyes when ten rumbling and puffing race cars gather on the dusty road running through their Sicilian village on the morning of May 6, 1906. The ambitious and distinguished drivers have been invited to the island by Vincenzo Florio, a Sicilian wine merchant and automobile enthusiast, to showcase their powerful vehicles. At intervals of ten minutes, they roar up the hill and out of the village. The race is a marathon for cars and drivers alike, consisting of three laps of roughly 148 kilometers each. After 9 hours and 32 minutes, Alessandro Cagno is the first to cross the finish line in his impressive Itala race car—and the first to ever win the Florio title.

And now 110 years have passed since that historic spring morning. The contest itself has taken place one hundred times on different routes—sometimes the endless, breakneck laps of a hilly circuit, sometimes more than 1,000 kilometers around the island. This road race has always been an adventure. It has also been the ultimate challenge for the most determined drivers and the best race cars in the world; its winding segments in the mountains demand agility and lightweight construction, whereas the long stretches along the Mediterranean call for sheer speed. And its winners have made history. Along with Le Mans and the Nür­bur­gring, the Florio was a milestone on ’s journey to international racing fame. It has also been a development lab rich in curves for ever-faster and more nimble mid-engine sports cars.

The 718 has the same type designation as the three-time winner of the Florio.

Even today, the mountain roads of Sicily are not for the faint of heart. Anyone who wants to slice curves and shave seconds here needs an iron resolve—and an uncompromisingly aggressive driving machine. A “Little Bastard,” to echo the great driver James Dean. So what better car could there be to explore the fabled curves of the Florio than one of the first new 718 s? After all, this coupe doesn’t just carry the iconic type designation of the 1959, 1960, and 1963 Florio winner on its tail. It also shares a number of other features with that famous car, such as a compact four-cylinder engine as well as extraordinary driving dynamics and stability.

Hill and dale: The Florio circuit has around 900 curves, bends, and twists.

By May of 1959, the Florio has repeatedly been an integral part of the World Sportscar Championship; the starting line near Cerda resembles a carnival. All of the major racing teams are here, with more than fifty cars ready to take on the precarious winding roads and win valuable championship points. Drivers, team directors, mechanics, and spectators are milling around the cars while the roar of the engines echoes off the mountainsides. The scent of rubber, clutch action, oil, and gasoline wafts through the air. The sure favorites are the three new twelve-cylinder sports cars from Scuderia Ferrari, with prominent drivers such as Phil Hill, Dan Gurney, and Olivier Gendebien behind the wheel. Enzo Ferrari’s team can also be sure of the support of the locals, who have come out in force to the completely open course to cheer them on. But a win is not in the cards. The big Ferrari 250 TR engines are plagued with bad luck. One by one, they have to leave the race on account of technical problems.

A far happier fate awaits their competitor . The Zuffenhausen engineers have developed an especially lightweight and lithe sports car: the mid-engine 718 RSK. It weighs a mere 530 kilos, and its four-cylinder engine manages to generate 148 hp from just 1,500 cc of displacement. This spirited successor to the 550 A Spyder, which itself won the Florio in 1956, has already shown its potential in the 1958 season by winning places on the victors’ platform in both the Florio and Le Mans. Two of the new quick-sprinting Spyders are at the starting line in Cerda this morning: number 112, with Edgar Barth and Wolfgang Seidel at the wheel, and number 130, with Joakim (Jo) Bonnier and Wolfgang Graf Berghe von Trips. Von Trips takes the lead on fast tires, but unfortunately he has to leave the race in the last lap. So Barth and Seidel are the first to cross the finish line after only 11 hours and 2 minutes, closely followed by three more factory cars. A sensational sweep for , and a day that Ferrari would rather forget.

Purism and agility: The 718 ’s four-cylinder engine recalls that of its historic precursor—and this car is similarly adept at curves.

Florio cult: A Florio museum and a mosaic dedicated to the legendary Florio drivers can be found in the village of Collesano.

A shiver of awe runs down my spine as I bring the Miami Blue 718 sports coupe to a stop in front of the old pits and bleachers lining the country road to Cerda. After all, Tazio Nuvolari, Juan Manuel Fangio, Jo Siffert, and Vic Elford—nearly all of the racing greats of the twentieth century—have stood at this curve, smoking their cigarettes and joking with the mechanics. While I indulge in reverent daydreams about days gone by, a young man powers a beat-up old compact on the cracked asphalt right past me with such verve that he might well be impersonating Nino Vaccarella himself, a local headmaster who won the Florio three times. History is alive here in Sicily, or at least a culture of remembrance. I take that as a cue to warm up the engine of my curve-chaser.

With four cylinders instead of the previous six, the new 718 calls to mind its historic predecessor, which took a puristic and agile approach to challenging the sheer size of its rivals’ engines, not unlike David taking on Goliath. Of particular interest is that the mid-engine sports coupe has not sacrificed any power by downsizing the engine. In fact, it has gained power thanks to turbocharging. The S model that I am now driving up a winding mountain road on the course of the Florio easily generates 350 hp from 2,500  cc of displacement. Its torque is even more impressive, with 420 Nm already transferred to the road at just under 2,000 rpm. The drive system with variable turbine geometry, which is responsible for a boost of up to 4,500 rpm, was once reserved exclusively for the jet-like acceleration of the 911 . The boost is remarkable and makes the whistle with a ferocity previously uncharacteristic of a . Now it is also available in the 718. Unfortunately, Sicilian infrastructure has not kept up with the pace of technical development in Weissach. After just a few kilometers, the road is in such a state of disrepair that the has to be jacked up in the style of a Rothmans 959 at the Dakar Rally in order to keep its pristine underbody from damage. But even in a slow-motion slalom around immense potholes, the car is extraordinarily spry.

Charming backdrop: Nearly every kilometer of the Florio circuit is a pleasure.

Style! The 718 looks like a spirited curve-chaser even when parked.

The classic 72-kilometer lap, or “Piccolo Circuito delle Madonie,” that I am following begins in Cerda, running counterclockwise up a 500-meter hill lined with gnarled trees and dense thickets and then down to a valley—only to head right back up onto twisting mountain roads. From there follows the little town of Collesano in the east, which boasts the Florio’s most-­photographed curve. The course heads down again after Campofelice di Roccella and continues on to the coast, where a wild stretch of curves awaits, followed by the Buonfornello straight. Lifting your foot from the gas here almost certainly means losing the race. Speeds of more than 300 km/h used to be entirely normal on this narrow, two-lane country road. There is one more sharp left-hand curve before we finally return to the pit. The fastest drivers needed just a little more than 30 minutes to complete this hair-raising, hilly circuit.

How would the new 718 have done against the race cars of the past? As modern as its equipment may be, the new sports coupe is a purist’s driving machine, reduced to the essentials. With a click of the rotary switch on the steering wheel I change from Sport mode to the even tauter Sport Plus. Edgar Barth and Wolfgang Seidel would probably have chosen Individual mode, which can be freely configured. On the nearly 900 curves of the course, the new 718 amply demonstrates its heritage. Not only does it display incredible grip on the curves—which often have dramatic drop-offs—but it also can be directed along the racing line with astonishing responsiveness and precision. The engineers have completely retuned the suspension of the preceding model. The springs and stabilizers are taut, the steering is more direct, and the rear wheels are half an inch wider.

The classic 718 won the Florio a total of three times. After 1959, the next evolutionary stage was the RS 60, with greater displacement. It promptly took the title in 1960 with Jo Bonnier and Hans Herrmann at the wheel. In 1963, the 718 GTR took top honors, as Swedish driver Bonnier shared the winners’ platform with Italian native Carlo Maria Abate—much to the delight of local fans. would win the Florio another seven times, thanks to racing icons such as Herbert Müller, Vic Elford, and Jo Siffert, and to legendary race cars such as the 904 GTS, the 906  6, the 908, and the 911 RSR in its unforgettable Martini look. With eleven overall victories, has more than any other brand.

In the 1970s, the Florio hosted monstrous prototypes—built for courses like Le Mans—which roared through the Sicilian mountain villages, often right past the noses of spectators sitting on kitchen chairs in front of their homes. The occasional bird also disappeared down ravenous radiators before the Florio was removed from the world championship calendar in 1974, after a number of serious accidents. Since then, it has been run only as a symbolic race. Nevertheless, the ultimate challenge for every new mid-engine sports car from Zuffenhausen is still a lap around the island. And I daresay that following its “christening” in Sicily, the 718 now also carries the name on its tail with just a touch more pride. 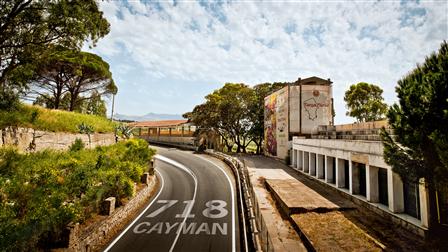 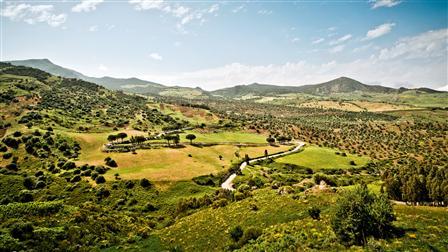 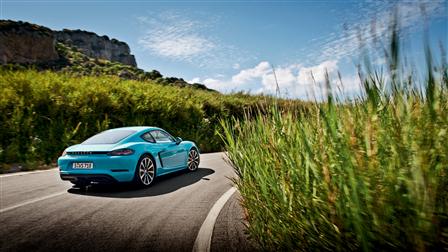 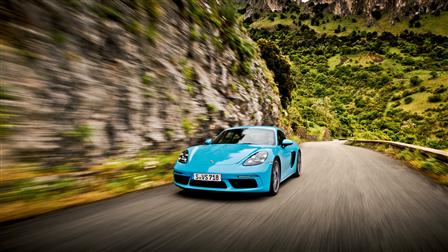 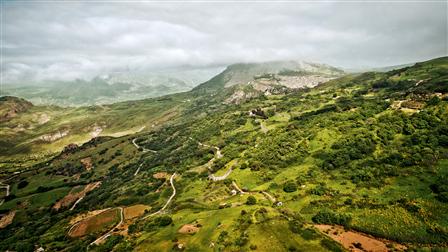 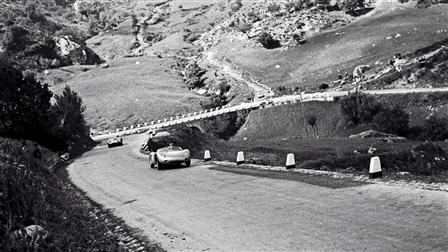 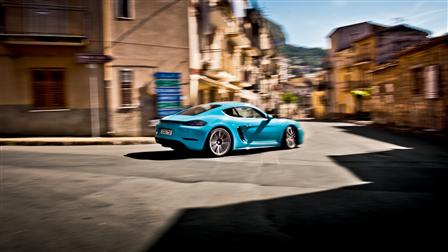 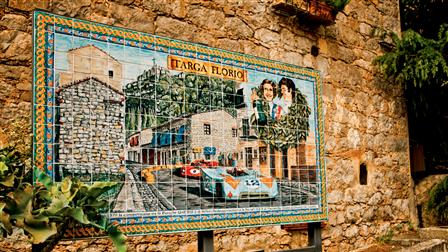 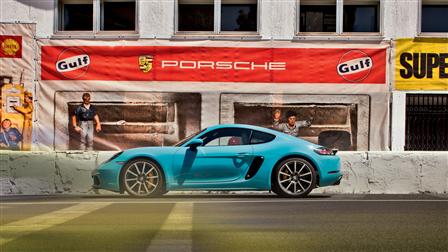 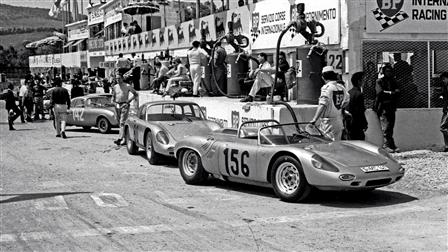